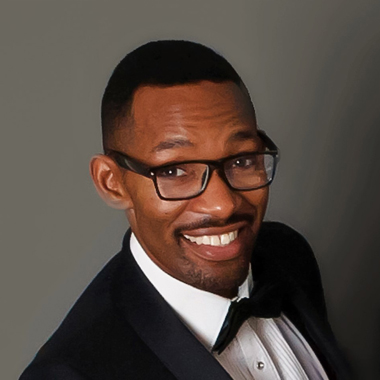 Des attended the Guildford School of Acting and soon after graduating spent six months touring Germany in the stage musical Chicago. He then landed a starring role in Miss Saigon. In 1996 he was cast as wide boy Lenny Wallace in the BBC soap opera EastEnders and remained with the soap until 1999.
His television work post EastEnders has included: Is Harry on the Boat? (2001); Casualty (2003); The Bill (2004), and Doctors (2004-2006). Along his television filming he still finds time for the stage and has appeared in London’s West End’s Rent, Simply Heavenly, and most recently in Trevor Nunn’s Porgy and Bess.
Voiceover work has featured heavily in his packed schedule on both advertising campaigns and documentaries and for two years Des was a featured presenter for The One show broadcast nationally by the BBC.
In recent years Des has combined touring the UK as Sammy Davis Jnr in The Rat Pack, with Televison presenting work for BBC East Midlands and The Politics Show also for The BBC. Des is a winner of the prestigious RTS (Royal Television Society) Award.
Last year Des proudly opened his own Performing Arts Academy and has been passing on his varied experience of the entertainment industry to young performers.
Des can currently be seen daily across The Midlands and many other ITV Regions as Central Television’s popular Weather Presenter. His popularity has gained him the title of “Mr Weather” and a network wide special which will be airing later this year.