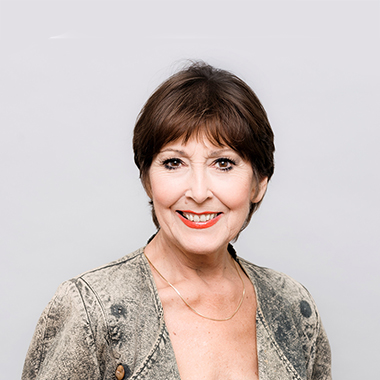 Anita Harris has had a breathtaking career spanning over fifty years which started when as a 15 year old she was spotted on a London ice rink. She was then whisked away to Las Vegas to appear, three times a night in a top revue. Returning to the U.K. she went on to work with The Cliff Adams Singers, appear in two Carry On films, grace the top of the pop charts, become a pantomime legend as Peter Pan, star in Cats in the West End for 13 years and feature in 7 Royal Command Performances. She has never stopped performing and has worked alongside legendary names in the world of entertainment – Harry Secombe, Phil Silvers, Morecambe and Wise, Tommy Cooper, magician David Nixon and Vic Damone to name but a few. Anita has just finished a National Tour for Bill Kenwright and filming for the new series of Midsummer Murders.